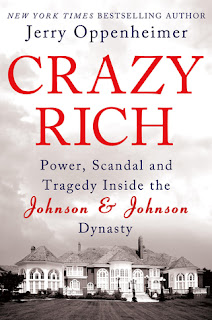 From the founders of the international health-care behemoth Johnson & Johnson in the late 1800s to the contemporary Johnsons of today, such as billionaire New York Jets owner Robert Wood "Woody" Johnson IV, all is revealed in this scrupulously researched, unauthorized biography by New York Times bestselling author Jerry Oppenheimer. Often compared to the Kennedy clan because of the tragedies and scandals that had befallen both wealthy and powerful families, Crazy Rich, based on scores of exclusive, candid, on-the-record interviews, reveals how the dynasty's vast fortune was both intoxicating and toxic through the generations of a family that gave the world Band-Aids and Baby Oil. At the same time, they've been termed perhaps the most dysfunctional family in the fortune 500. Oppenheimer is the author of biographies of the Kennedys, the Clintons, the Hiltons and Martha Stewart, among other American icons.

Where do I even start with this review? My overall impression can be summarized in one word: un-befreaking-lievable! Seriously. Crazy Rich is most certainly a fitting title for this biography in more than one way. The lives these people have been living since the start of this dynasty are mind-boggling at the very least. At a whopping almost-five-hundred pages, Crazy Rich is a magnificently in-depth, tell-all read. And still I feel all that is only the tip of the iceberg and merely a glance at the lives of the Johnson heirs. While reading, I time and again asked myself: whose reality is this? It’s like reading a fairy tale gone wrong. You have the riches, the power, the influence and all the glory which makes it a fairytale read, but then you also have the scandals, drugs, narcissism and people who are definitely not in touch with what I perceive as reality. Yet, I very much enjoyed this read. I, like almost everyone else, know the Johnson & Johnson products, but I’ve never heard of any of these people before. Oppenheimer did a stellar job with this book and clearly put a lot of effort into compiling a book which, in my humble opinion, gives an unbiased view of this dynasty. If you go into it looking for scandals, drama or anything painting them in a negative light, you will surely find it. If, like me, you don’t care either way what these people did or do with their lives and their millions, and only read it because you’re curious about how this world famous product line started, you’ll find that and so much more. What I love about Crazy Rich is that everyone will have a different opinion about this book once they’ve finished it, and it makes for a coffee table must-have that would be a central point in starting topics of discussion which could ultimately lead to various debates and opinions. Highly recommended!

Crazy Rich by Jerry Oppenheimer has 22 reviews on Goodreads. Read it here. 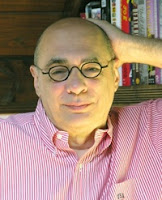 Toy Monster: The Big Bad World of Mattel was published on Feb 3 2009 and his latest book (as of Aug 2, 2009), will be about Bernie Madoff, titled Madoff with the Money. Both published by John Wiley & Sons, Inc.

In addition to being a biographer he has also worked in several different capacities as a journalist, including as an investigative reporter and a producer of television news programs and documentaries.