After spending three years in jail and others completely alone, twenty-four-year-old Cole Flint discovers an amazing ability—he can time-travel and teleport. He’s a jumper. So what should the motorcycle-riding, cage-fighting tough guy do? He should protect an innocent eighteen-year-old girl who happens to be in possession of the Staff of Moses. Following the direction of a trio of angels who are determined to shake things up in the Middle East, Cole pairs up with Hannah Carpenter and her pet grizzly while he also tries to change his past and learn the mystery of his birth. Curiously, the King of Jordan knows all about Hannah, and he’s determined to gain possession of the staff. He’ll do anything to possess its power, but is it possible that he’s no more than a pawn, manipulated in time along with Cole and Hannah? Jumper is a mysterious roller coaster of action and a time-traveling adventure that will keep readers guessing right to the very last page.

“An attempted murder, a raging six-hundred-pound grizzly, a mini-tornado, and a random lightning bolt strike all before breakfast - Hannah’s world had gone mad.”

Time-travel adventures aren’t my usual choice of read, but the premise of a “motorcycle-riding, cage-fighting tough guy” who has to “protect an innocent eighteen-year-old girl who happens to be in possession of the Staff of Moses” got me curious, and once I had my review copy, I couldn’t wait to jump into the story (see what I did there?) and find out what it’s all about. It ended up being one big thrill ride from the first page to the last!

Make no mistake. If you’re expecting a love story loaded with sappy romance about a tough guy braving the odds across time to save the damsel in distress, you will be disappointed. There are three love interests in this story, but by no means is it a love-triangle and the romance aspect is very much only a mere mention in the background. I can assure you though, there is a lot to love about this expertly narrated novel with its rich characterization, non-stop action and relentless suspense which all builds up to a riveting and memorable conclusion. 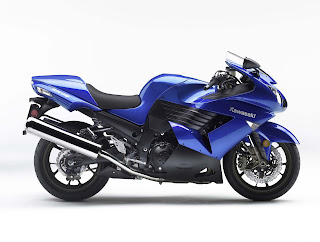 My one fear when reading time-travel novels is that I’ll get confused somewhere along the line as to where in time the characters find themselves and how they got to that point. Here it’s definitely not the case. Cole’s ability to time-travel is well-explained, but it didn’t make it less complicated. Something about time being linear and it being comparable to a slinky…it all still went over my head. I do suspect though that it has something to do with Cole’s gorgeous blue Kawasaki Ninja ZX14 street bike, and a healthy measure of divine intervention. Whichever way it works, the reader never loses track of where in time the characters find themselves.

And what incredible characters these three protagonists are!

Cole is simply swoon-worthy. Broody, defiant, witty, compassionate, fearless, mysterious and ruggedly handsome – all the ingredients for the ultimate bad boy recipe – he might seem a little rough around the edges, but he’s the type of person who will stand up for the little guy. I sometimes pictured him in my mind as Mark Wahlberg and other times as my all-time favorite actor, Vin Diesel. It depended on the scene. The car chase scene, fight scenes, and rescuing the girls from otherworldly beings on the Alpine Adventure trail, a real-life Vin Diesel with all the right moves. 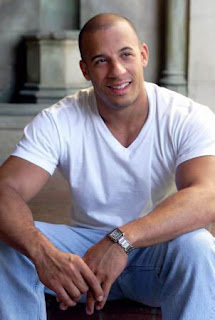 The rest of the time, when he wasn’t kicking butt, it was easy to picture Cole as gentle Mark Wahlberg. Hannah – who regards herself as “nothing special” - is the type of character I’d like to see more of in YA fiction. Humble, brave, selfless and smart, it was wonderful to see what an impact she and Cole had on each other’s lives and how they grew as persons. Lauren, with her easy manner, outgoing personality and determination to unravel the mystery of the disappearance of Cole’s birth mother, was also one of my favorite characters. And let’s not forget the real star of this show, Hannah’s adorable pet grizzly, Teddy, who added his own brand of comedy relief to the story. 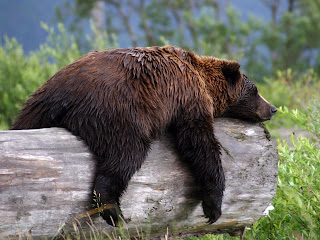 Jumper is an eloquently-written tale with a tightly-woven plot comprising of an array of elements – mystery, time-travel, Middle Eastern conflict, friendship, forgiveness, battles between angels and demons, and an ordinary girl chosen to change the future – that will appeal to a wide range of readers. From the Northern Swiss Alps, the Smoky Mountains in Tennessee, to the Lauterbrunnen Valley in the Bernese Alps in Switzerland, the reader is navigated from one breathtaking scene to another. The vivid and colorful descriptions of each setting made me wish I could step through the pages and breathe in the beauty of the scenery as the author describes it. In keeping with his previous novels, LaFerney sticks to his clean, fluent writing style, building upon the trust of his regular readers as a writer who engages, compels and delights. Jumper also doesn’t lack in humor. There are quite a few scenes, as well as the constant snarky banter between Cole and Hannah, which had me laughing until my sides hurt. Above all, it is a marvellously complex and multi-layered creation that was noticeably researched to the point of believability. It makes for an effortless read in what promises to be the start of a phenomenal series!

“So that’s how it works, Stooge? If someone bests your champion, five comedians are sent to retrieve the cash? Go back and tell your boss that next time he should send someone more competent.”

“Can a girl hate a guy after like five minutes, even if he has the coolest motorcycle she’s ever seen?”

“I can’t help but wonder about the outfit you have on. Camo-green and royal-blue are an odd combination. Either you’re color-blind, a geek, or your fashion sense for a sixteen-year-old is entirely out of whack.”

“You shoot my bear and I won’t be holding your hand anytime soon.”

Jumper by Jeff LaFerney has 26 reviews on Goodreads. Read it here. 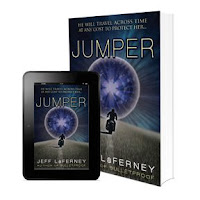 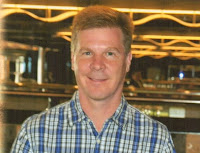 Jeff LaFerney has been a language arts teacher and coach for more than twenty years. He earned his English and teaching degrees from the University of Michigan, Flint and his master’s degree in educational leadership from Eastern Michigan University. He and his wife, Jennifer, live in Davison, Michigan. Both of their kids, Torey and Teryn, are currently college students. Loving the Rain (a suspense novel) and Skeleton Key and Bulletproof (mysteries) all include Clay and Tanner Thomas. Each novel stands alone and can be read in any order.

Awesome review! I love your writing :) I also read Jumper and I loved it! Teddy is definitely my favorite character :D