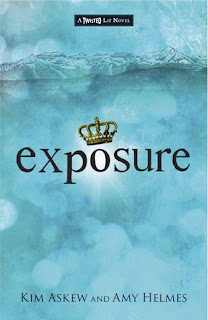 The Twisted Lit-sters are back, this time with a sinister tale about how the quest for high school royalty can lead to death -- a twist on the darkest of all Shakespearean plays, Macbeth

Shy shutterbug Skye Kingston likes life behind the lens, but if she has a crush on Craig, The Man Who Would Be Prom King, she’s going to have to go through a sociopathic social-climbing cheerleader to get to him. But there are more cold-hearted doings among the seniors at an Alaskan high school. No one knows who pulled the trigger when Duncan, the gorgeous captain of the hockey team, died, and even if people do know, they’re certainly not saying a word. Desperate to find out what really happened, Skye sets out to uncover the truth, but what she doesn’t realize is that the grim journey might just lead to her own demise.

After I finished reading Tempestuous by the same authors, I just couldn’t wait to read Exposure. I was immensely impressed by the writing style of these two ladies with their first Twisted Lit novel, so naturally I had high expectations of Exposure, and I wasn’t disappointed in the slightest. Admittedly, I haven’t read Shakespeare’s Macbeth, so I can’t draw any comparisons to his novel, but on its own, Exposure is – in my opinion - a literary masterpiece. There were so many things I loved about this book I hardly know where to begin.

What instantly drew me into the story was Skye’s character. I liked that she wasn’t the stereotypical, rich-kid beauty queen with a bevy of followers who ruled the school with an iron fist. Her introverted, behind-the-scenes nature made it easy for me to connect with her, and her daily struggles will strike a chord with many readers. Surprisingly, even though I didn’t like her at all, I also felt sympathy for Skye’s nemesis, Beth. I appreciated that the authors took the time to develop her character not as a cold-hearted antagonist, but as one with weaknesses and teenage angst, and one who is also a victim of circumstance. Overall I found all the main and supporting characters to be three-dimensional and written with depth in such a skilful manner which allows readers to effortlessly establish that connection on an emotional level, and thus draw them deeper into the story.

Although the blurb may be interpreted as this being a murder mystery, there really is so much more to this multilayered novel than what I originally thought it would be. Skye and Craig go through such transformation in the space of a year, that by the end of the book they aren’t the same characters as the ones we meet at the beginning. Taking the journey with them through their final year in high school, I often laughed, cried, and at one point experienced absolute fear. From a soulmate found and lost, parting ways with new friends and old, dealing with separation, having to leave home, breaking out of her shell, learning to trust, to growing up and moving on; this novel without a doubt has something for every reader.

In short, Exposure is an exceptional read and it left me with so much to think about. The ending is perfect and the title sums up in one word the gist of this story. A solid, fast-moving plot with realistic characters and true-to-life situations, written in a voice for today’s young adult, makes this an unforgettable read that will leave you begging for more from what is looking to be the literary world’s newest power duo.

I received a free copy of this book from the publisher, via Netgalley, in exchange for an honest review.

Exposure by Kim Askew and Amy Helmes has 24 reviews on Goodreads. Read it here. 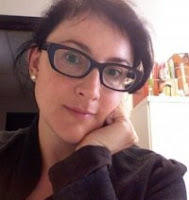 Kim Askew, co-author of Tempestuous: A Twisted Lit Novel, whose work has appeared in Elle and other magazines, is a content manager for the Webby-winning teen site www.fashionclub.com, for which she has covered the Teen Choice and MTV awards. 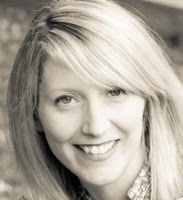 Amy Helmes, co-author of Tempestuous: A Twisted Lit Novel, is co-author of Boys of a Feather: A Field Guide to American Males and is also a weekly contributor to The Rundown, a free daily e-mail service that keeps subscribers informed on what's new and cool in LA.

Both Kim and Amy think Shakespeare understood the young's true love and pain like no other, from Hamlet's sorry stepdad to Juliet's trauma drama, hence this literate farce, based on "The Tempest."