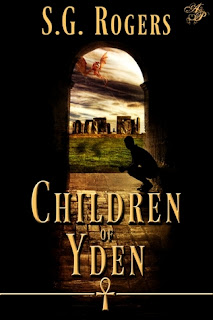 The children of Yden are returning home, and it’s time to choose sides. The Fox Clan is building an army, but its motives and goals are unclear. As Jon begins his magical training, a reckless skirmish with Guinn of the Fox Clan has unforeseen repercussions. Not only has he placed himself in danger, but nobody around him is safe. When Jon discovers Guinn is looking for a secret weapon, a magical artifact called the Portal Key, he vows to find it first. Jon does not yet realize the Fox Clan’s most potent weapon in its quest for power will be his heart.

Children of Yden continues the story of John Hansen, Kira, Brett and their friends. After Efysian, who had been slain at the end of the previous book, The Last Great Wizard of Yden, had killed or drained all mature wizards of their magic, there was very little magic left on this magical planet. Quixoran, John's grandfather, decides to find as many of the children of the drained or slain wizards as possible and take them on as apprentices on Dragon Isle. Unfortunately, Guinn of the Fox Clan have a similar idea. In the end, he who has the most wizards could wield the power and overthrow or aid the new government of Yden. A race to find all the young wizards who had been hiding on earth to escape the slaughter, ensues.

This book is comfortably paced and most definitely a page turner. Riveting action and nail biting suspense is skillfully balanced by scenes of teenage fun and very interesting descriptions of wizards in training. The dragons and their growing baby dragons add a touch of magical nature to the story. Oh, and let me not forget the giggling plants in Quixoran's garden! All of the above mentioned combined with many more fantastic beings and phenomena prove that the author did some marvelously unique world building.

The main character, John Hansen, is a likable and highly realistic young man. He is not above petty jealousy and uncalled for aggression but he does have a strong sense of duty when it comes to protecting his own. He is also not an unrealistic he-man who blunders into everything, and shows some very good judgment at times when he chooses to run for his life rather than fight against a superior force. All the other characters are well crafted. From the Scottish siblings to the enigmatic and brave Fin; you'll love them all. The descriptions of the typical awkwardness of teenagers and teenage survival in the modern world are spot on and often humorous.

I highly recommend Children of Yden as a must read but I would advise readers to get hold of The Last Wizard of Yden and read that first. A standing ovation for a five star read and a gifted author. 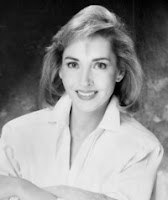 Originally from Southern California, S.G. Rogers has also lived in Asheville, North Carolina and Laurel, Mississippi. Currently residing in beautiful Savannah, Georgia, S.G. Rogers writes historical romance, fantasy, and romantic fantasy stories.  She’s owned by two hairless cats, Houdini and Nikita, and lives on an island populated by exotic birds, deer and the occasional gator. Tab is her beverage of choice, but when she imbibes, a cranberry vodka martini doesn’t go amiss. She spent several years in Hollywood, studying acting and writing. Rogers holds black belts in several different martial arts and likes to consider herself a warrior princess. Always an avid reader of young adult fiction, she wrestles with her teen for all the newest titles.