I wanted to add something a little different to my usual posts on my blog this year, and came up with the idea to approach a few of my and Ellen’s favorite authors and challenge them to write about a topic of my choice. The real challenge? It has to humorous. So my first victim…uhm, I mean, author who jumped at the opportunity to write something brilliant and humorous, was Patti Larsen. She’s the YA author of a gazillion fantastic books, and she mastered the challenge like a pro. Here’s what she wrote, using two awesome characters from her Hayle Coven paranormal series. (You gotta check these books out, they’re amazing! List of books and links at bottom of post.) 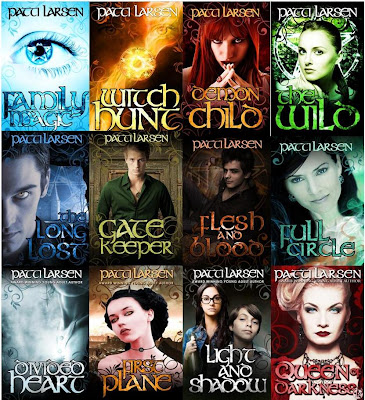 Patti Larsen is an award-winning middle grade and young adult author with a passion for the paranormal. Her YA thriller series, The Hunted, is available now. Book one of that series, RUN, is a recent recipient of the 2012 PEI Book Awards for Fiction.The PEI Book Awards are held every two years and are open to authors, editors and book producers resident in the province. In addition to recognizing the quality of publications, the Awards raise the profile of Island books in order to increase sales. The Prince Edward Island Book Awards were last held May 16, 2012 in Beaconsfield's Carriage House.
Twelve books of her very popular Hayle Coven Novels, beginning with Family Magic, are also out now. Her YA steampunk series, Blood and Gold, can be found on Amazon and all other fine e-retailers, along with her YA paranormal novel, Best Friends Forever, The Diamond City Trilogy and the Clone Chronicles. Her middle grade novel, The Ghost Boy of MacKenzie House (Acorn Press), is available now. She is a full time writer and a part time teacher of her Get Your Book Done program. Patti lives on the East Coast of Canada with her very patient husband and four massive cats. 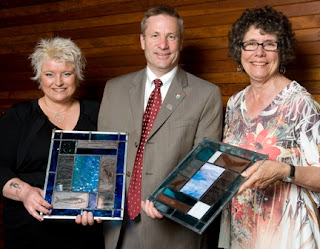 Guardians of the Edge
Last of the Portal Keys

The Super Series
The Hercules Project

The Adventures of Susan and Tucker
Cat City

The Ghost Boy of MacKenzie House

This was so much fun, I'm still giggling at the image of Miriam wearing dessert! Thank you for having me on your wonderful blog :)

Great fun! Thank you for sharing :)