Teen genius Kelly James is in a lot of hot water. A whiz with computers, she agreed to help her college rA, David, uncover some top-secret information. After all, she doesn’t have many friends and David has always been nice to her. it doesn’t hurt that he’s supercute and irresistible, too. All she has to do is hack into the government’s main computer system. but a few hours later, her whole life changes. she is caught and taken in for questioning, only this isn’t your run-of-the-mill arrest. rather than serve a juvenile detention sentence, she accepts the option to change her name and enlist in a secret government spy agency that trains teen agents to go undercover. As if that wasn’t overwhelming enough, she discovers that David works for this agency as well! And before she even begins to understand what is going on, she’s sent on her first mission as an undercover model. And who better to partner with than David himself!

One chapter into this book and I was so hooked, I couldn’t put it down until I’ve devoured it all in one afternoon! This book was everything I was hoping it would be, and so much more.  “Model Spy” is one of those rare gems you read while smiling all the time. It’s fun, filled with adventure and excitement, and the non-stop butt-kicking action and suspense had my adrenaline pumping. I can only best describe it as X-Men (with brainpowers instead of super powers) meets Miss Congeniality.

I really liked all the different characters in this story. They were interesting, realistically flawed, and three dimensional. It was inspiring to see how GiGi, the main character, grew as a person and how she gained self-confidence. The budding romance between her and David was a slow climb and it was refreshing to meet characters who didn’t fall into each other’s arms in the second chapter of the book. Instead, the reader is kept guessing throughout the story whether these two will end up together or not.

The fast-paced plot is fraught with humor and more than enough tension to keep you turning the pages at a steady pace. Attention is given to detail and the author deftly draws the reader into the world of The Specialists by meticulously describing the setting and surroundings utilizing all five senses.

Although this is a read aimed specifically at the YA audience, it will undoubtedly be enjoyed by older readers as well. “Model Spy” is excellently written and I effortlessly indulged myself in this fantastic book. I was delighted to find there are more books available in this series that chronicles the adventures of GiGi and her new friends. I am thrilled to give this terrific book a well-deserved five stars!

I received a free copy of this book from the publisher via NetGalley, in exchange for an honest review.

“Model Spy” by Shannon Greenland has 139 reviews on Goodreads. Read it here. 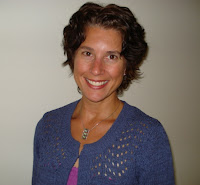 Shannnon Greenland grew up in a small Tennessee town as a kid who dreaded reading and writing. Ironic, as she’s now a successful award-winning author of nine young adult novels. When not writing, Greenland’s eager for adventure outside of a book’s pages. Hiking, rafting, climbing, caving, swimming, snorkeling, sailing, surfing, mountain biking, canoeing, power lifting, running, camping, para sailing . . . she’s done it all. The world traveler divides her time between Florida and Virginia where she tutors math students and gives author talks at area schools. She’s currently at work on a new suspense trilogy set in Washington D.C.