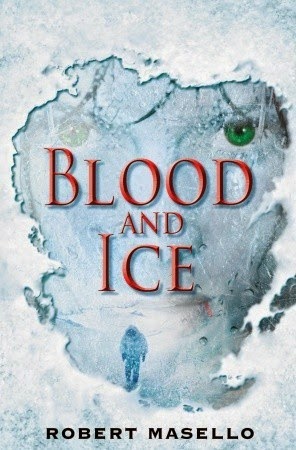 In this haunting and suspenseful thriller, Robert Masello delivers an adventure that spans continents and centuries—a spellbinding story that ranges from Victorian England to a remote antarctic research station, where an ancient glacier yields a shocking prize it has held captive for nearly two hundred years….

Journalist Michael Wilde—his world recently shattered by tragedy—hopes that a monthlong assignment to the South Pole will give him a new lease on life. Here, in the most inhospitable place on earth, he is simply looking to find solace . . . until, on a routine dive in to the polar sea, he unexpectedly finds something else entirely: a young man and woman, bound with chains and sealed forever in a block of ice. Beside them a chest filled with a strange, and sinister, cargo.

Now, in a bleak but breathtaking world of shimmering icebergs, deep blue crevasses, and never-ending sun, Wilde must unravel the mystery of this doomed couple. Were they the innocent victims of fear and superstition—or were they something far darker? His search will lead from the barracks and battlefields of the Crimean War to the unexplored depths of the Antarctic Ocean, from the ill-fated charge of the Light Brigade to an age-old curse that survives to this day.

As the ice around the murdered lovers begins to melt, Wilde will have to grapple with a miracle—or a nightmare—in the making. For what is dead, it turns out, may not be gone. And here, at the very end of the known world, there’s nowhere to hide and no place left for the living to run.

Having thoroughly enjoyed reading The Romanov Cross by this author, I was naturally looking forward to reading Blood and Ice. I was not in the least disappointed! While journalist, Michael Wild, is visiting an Antarctic research station in order to heal from a recent personal tragedy, he discovers two bodies frozen into a glacier. However, when the block of ice containing the bodies starts melting, the bodies disappear and what might have been a career making discovery for Michael turns into a nightmare for the entire research base.

This captivating page-turner is most certainly going onto my favorite reads of 2014 list. The story of Michael in the present as well as that of Eleanor and Sinclair in the past unfolds methodically, never giving away too much at once, thus inspiring one to just continue reading.

A master of realistic description, Robert Masello makes the reader see the Antarctic with its storms, bleak but interesting landscape, and fascinating marine life in vivid detail. While telling the 19th century part of the tale, he describes Victorian England and the Crimean war with equal skill.

The dialogue, especially that of the characters in Victorian England, is realistically adapted for that period. The characters, even the secondary ones, grew on me—not a good idea as some of them naturally have to fall by the way side. Even Sinclair Copley, whose personality became somewhat warped after his Crimean experience, is a likable, well fleshed out character.

In the pages of this book you will travel on both 19th century and modern ships, experience life at an Antarctic research base, attend the very first Ascot Gold Cup and relive the fatal charge of the light brigade. Rooted in Turkish folk lore and filled with adventure, mystery and a bit of masterfully written romance, Blood and Ice is a must-read for anybody who loves a well-researched, suspense laden, yet heartwarming, thriller.

Robert Masello is an award-winning journalist, television writer, and the bestselling author of many books, most recently the historical thriller entitled The Romanov Cross, published by Bantam/Random House (2013).  The book has received starred reviews in both Kirkus, which praised its “delicious sense of creeping dread,” and in Publishers Weekly, which said: “Masello skillfully weaves together the story of the deaths of the Romanov family and the possibility of a new worldwide influenza pandemic . . . Toss in a pack of slavering wolves, the undead, and a chilling ending, and the result is a terrific, can’t-put-it-down read.”  To date, foreign language rights have been sold in Germany, Italy and Poland.