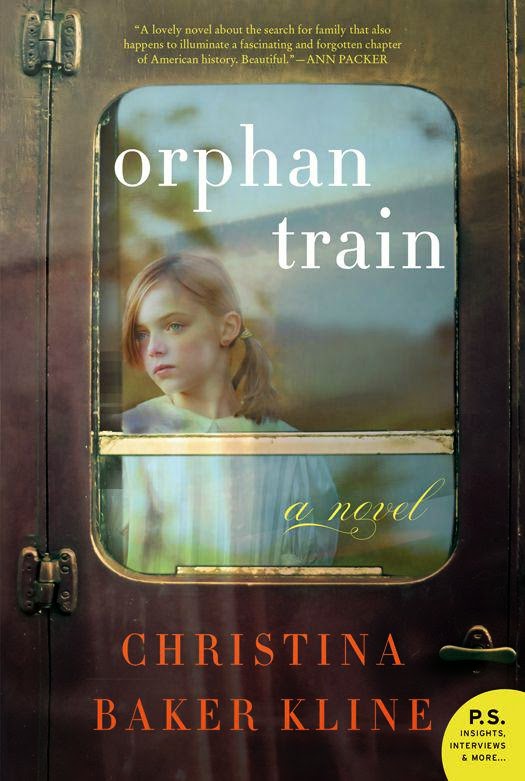 Nearly eighteen, Molly Ayer knows she has one last chance. Just months from "aging out" of the child welfare system, and close to being kicked out of her foster home, a community service position helping an elderly woman clean out her home is the only thing keeping her out of juvie and worse.

Vivian Daly has lived a quiet life on the coast of Maine. But in her attic, hidden in trunks, are vestiges of a turbulent past. As she helps Vivian sort through her possessions and memories, Molly discovers that she and Vivian aren't as different as they seem to be. A young Irish immigrant orphaned in New York City, Vivian was put on a train to the Midwest with hundreds of other children whose destinies would be determined by luck and chance.

The closer Molly grows to Vivian, the more she discovers parallels to her own life. A Penobscot Indian, she, too, is an outsider being raised by strangers, and she, too, has unanswered questions about the past. As her emotional barriers begin to crumble, Molly discovers that she has the power to help Vivian find answers to mysteries that have haunted her for her entire life - answers that will ultimately free them both.

Although this is not the kind of book I would normally pick to read, Orphan Train ended up captivating and enchanting me in a way few books do. Molly Ayer is a rebellious, goth teenager who is about to be thrown out by her foster family and who has to do community service for attempting to steal a book. Vivian Daly, the ninety-one-year-old widow, with her attic full of memorabilia from a colorful past, turns Molly's community service into an educational, life-changing  experience.

After reading about ten percent of this book, I simply couldn't put it down. I was totally taken in by Vivian Daly's experiences in the past as well as Molly's progress with her life, and not so positive attitude, in the present. The frequent change of point of view between Vivian and Molly draws out the anticipation, as well as the reader’s expectations.

From present day Maine, to New York City and Minnesota in the twenties, thirties and forties, this book takes the reader on an unforgettable tour of Vivian's turbulent past and the effect her past has on Molly. Though resistant and rebellious, Molly can't bring herself to force Vivian to dispose of the possessions that tie her to the past that shaped her.

This is a story of growth, change, and finding meaning in the worst circumstances. Fortunately there is an excellent balance between good and bad in this novel. Although Vivian seems to get a raw deal being shipped off to be free labor, as first a seamstress, and then as help to a very troubled family, good things do happen to her. Even Molly, who seems to be about to be kicked out by her foster family, finds that some things do happen for the best.

Indicative of Vivian's journey are the various names she’s had. First Niamh, the orphaned Irish child who left on the orphan train, then Dorothy, the girl who gets to experience the nastier side of life, and ultimately wise, and wealthy, Vivian.

For a heartwarming novel filled with fascinating history, both devastating as well as elating life experiences, and a healthy dose of wisdom, I recommend Orphan Train as an absolute must-read. 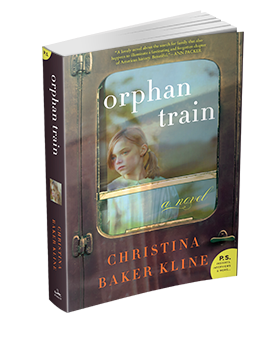 Christina Baker Kline, the author of five novels, grew up in Maine, England, and the American South. She is married to a Midwesterner whose family history inspired her new novel, Orphan Train. Set in present-day Maine and Depression-era Minnesota, Orphan Train highlights the real-life story of the trains that between 1854 and 1929 carried more than 200,000 abandoned children from the East Coast to the Midwest. Kline imagines the journey of one such child, Vivian Daly, an Irish immigrant whose fate is determined by luck and chance. Orphan Train is the story of an unlikely friendship between 91-year-old Vivian Daly, whose experiences are far behind her, and Molly Ayer, a 17-year-old Penobscot Indian girl whose own troubled adolescence leads her to seek answers to questions no one has ever asked.