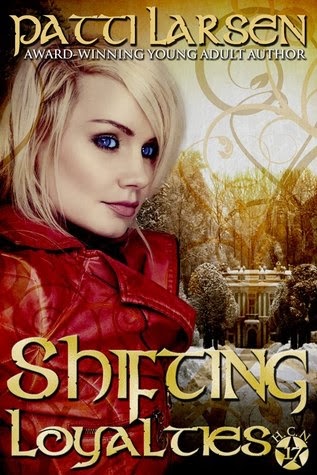 Syd struggles with her feelings for Liam, still at odds with the choice she must make before her twenty-first birthday. A message about Charlotte pushes marriage from her mind as she runs to Europe to save her friend from an evil sect of sorcerers. But her introduction to a handsome Steam Union member makes Syd’s decision all the harder, even as she agonizes over two options: save her werefriend and start a war between witch territories or leave Charlotte to her fate.

With her upcoming marriage to an, up to now, unchosen partner, and her time at school drawing to a close, Syd has little time for more drama in her life. When she receives word that the vampire queen, Sunny, may have news of her werewolf bodyguard, Charlotte, who had been missing for months, Syd is ready, willing and able to go kick some butt. Pursued by enforcers and angry witches, she travels to Austria and the Ukraine to free her friend and while there, discovers a tragic enslavement.

As is the case for me with all the Hayle Coven novels, I simply could not put Shifting Loyalties down. The slightly uneventful beginning of this book alerted me to the fact that I would probably see nonstop action and edge-of-my-chair suspense later in the story. This was certainly the case, hence the read-through in fewer than 48 hours.

It’s amazing to compare the characters with the ones I met in the very first book. Syd, who hated magic, had grown into a mature witch who embraces every aspect of her power, and Meira, her sister who had to be protected, had grown into a tall demon girl who can hold her own and even protect Syd.

As though Syd doesn't have enough to worry about with her complicated love life and the difficult choice of husband, yet another handsome young man enters the picture during this adventure. In the first part of the story I thought that Syd was a bit too serious and always so angry at everyone. Even her inner dialogue didn't have the usual liveliness and wit. Fortunately, as soon as the action starts, Syd is back to her usual hilarious thought patterns, her snark and her humorous disposition.

I would urge readers to get the first sixteen books in the Hayle Coven series before reading Shifting Loyalties. For those already following the series; this is a must read and another step towards what must eventually will be a massive showdown between all the good guys and Liander Belaisle and his brotherhood. 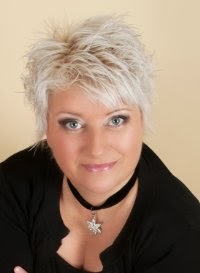 My official bio reads like this: Patti Larsen is an award-winning middle grade and young adult author with a passion for the paranormal. But that sounds so freaking formal, doesn't it? I'm a storyteller who hears teenager's voices so loud I have to write them down. I love sports even though they don't love me. I've dabbled in everything from improv theater to film making and writing TV shows, singing in an all girl band to running my own hair salon.

But always, always, writing books calls me home.
I've had my sights set on world literary domination for a while now. Which means getting my books out there, to you, my darling readers. It's the coolest thing ever, this job of mine, being able to tell stories I love, only to see them all shiny and happy in your hands... thank you for reading.

As for the rest of it, I'm short (permanent), slightly round (changeable) and blonde (for ever and ever). I love to talk one on one about the deepest topics and can't seem to stop seeing the big picture. I happily live on Prince Edward Island, Canada, home to Anne of Green Gables and the most beautiful red beaches in the world, with my very patient husband and four massive cats.