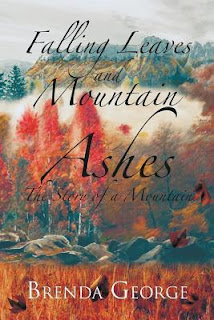 "Starting in 1899, this 40-year saga is about a brave young mountain woman, Mary
Harley, who elopes with Zachary Thomas to the dreaded Claw Mountain. The mountain is inhabited by a wild, violent and lawless clan known as the “Buckos”, who are engaged in a vicious 30-year feud with the neighboring Galtreys. Zachary Thomas Buchanan, Mary's husband, is the eldest of the sixteen living sons of the clan's brutal patriarch, Obediah. Obediah, who comes from a wealthy valley family, is a fugitive from the law and a renowned moonshiner.

Despite the fact that Eli is one of the younger Buckos - a ruthless exponent of the knife and the whip - he is the most feared. But nobody, except Zachary Thomas, knows of the dark, terrible secret he harbors within him that changed him from an innocent boy into a monster. A collision course is instantly set between Eli and Mary, bringing much danger to her and others on the mountain. Eli is a gifted pretender and his fortunes change when he enters Skyland, the famed mountain summer resort, and playground to the rich and influential, to sell moonshine. He finds love, the road to riches and a rocky road to redemption.

The fiercely independent mountain people lead tough, frugal lives, bravely facing all the hazards of Nature, but none of them is prepared for the most devastating blow of all to their loved lifestyle …

With undertones of the mystical and the spiritual, this story is set against an authentic background of Blue Ridge mountain life and is a rich weave of humor and heartache, love and violence, courage and brutality, feuds and strong family ties, and is set amongst the raw, unspoiled beauty of the Blue Ridge Mountains of Virginia, the famed summer mountain resort of Skyland and Washington D.C."

Among the wildlife of the unforgiving wilderness barefooted, illiterate Mary Louella Harley's family lived within an equally barefooted, illiterate community of forgotten people in the forgotten, uninhabitable paradise which catered to the toughest of the tough - both human and indigenous creatures alike.  It was a frontier settlement of people who lived by their own laws. Wolfe's notes - a government initiative to eradicate wolves, catching snakes and selling moonshine kept the clans alive.  Children were taught to drink moonshine since the early age of 6 or even younger to keep diseases at bay.

Mary and her three sisters were each a color-coded pattern on a special piece of cotton. Embroidery needles did for their mother in patterns what reading and writing skills did for educated people on paper. The latter was hard to find in these mountains. Mary's own literacy was kept a secret, only her mom knew, since her dad scoffed at book-learning.

In the wilderness of Claw Mountain lived the fearful patriarch,  Obediah Buchanan, and his sons, produced by his late French extracted, cultured wife, Hedina Charlemaine.  The good-looking oldest son, Zachary Thomas,  "borrowed" a horse, descended from his own territory and traveled many hours to ambush Mary Harley in her father's cow shed at dawn, after seeing her for a brief few minutes in the trading store for the first time a few days prior, and convinced her to elope with him and get married. Which she did.

Obediah himself once knew a life of prosperity and splendor, being a descendant of a wealthy aristocratic family who owned vast tobacco plantations and several distilleries in the Graves Mill area. His refusal to join the Confederate army during the Civil War, and his wild, unsavory lifestyle, had him disowned and banned from his family (who were all killed in the war anyway and their plantations totally destroyed by fires). His deeply-rooted resentment of authority allowed him to ignore the rights and wishes of the wealthy landowner, Devon Ansley,  on whose land Obediah defiantly established himself as a squatter.  To him, Claw Mountain was his inviolate kingdom and his mode of rule, both in the mountain and off,  was fear. He claimed Ansley Devon's property as his own divine right, after Ansley decided for unknown reasons to abandon it.

As a refugee from the Virginian law, as well as a former experienced manager of one of his own father's distilleries, and having a brood of wild sons to raise, Obediah would produce the finest whiskey and apple brandy with his  illegal moonshining.

"All in all, Obediah had sired an awesome tribe of twenty sons (three having died in infancy and one in childhood). The Buckos, as they became known, soon became greatly feared. Mean-spirited and wild, and from a very young age, they drank 100-proof whiskey produced from their father's hidden still-site, and roamed the mountains, rocking shacks and cabins and folk with impunity, and using their guns and knives at the least provocation, a fact of which Obediah seemed immensely proud."

With their powerful and predatory skills, they would subject their neighbors, the Ficks and Addis clans, to devilment and tyranny. However, their biggest bitter feud would rage against the equally wild and hostile Galtrey clan of Buck Knob Mountain.
Several dramatic changes would occur in the community. The most important one was the arrival of Mary on her mission to change the future of the Buchanan clan. She believed she had a divine responsibility - she was in fact personally chosen by God -  to spread the word of Jesus ( the only solution and savior for all problems in all of mankind). She saw herself as a disciple to the entire community.  She was convinced that Christianity alone could be the tool to civilize 'these' people'.

In the media of yesteryear, the Claw Mountain dwellers were depicted as backwards, ignorant and shiftless. They were also caricatured as hillbillies living in squalid conditions. The agenda of the government and private interest group behind it was to vilify them enough so that their final destiny would not be frowned upon by the general public. But then an author such as Brenda George comes along and put the heart back into the people and their mountain and  expose these "false claims"  against the people.  (How false it was is debatable though).

An interesting, in-depth Christian historical novel and relaxing read.  Well-written. The story is about the missionary work that was done in the group of mountain dwellers that positively changed their lives.

There's no reason to think that somebody who comes from the mountains can't succeed. It's just changing the contours of their expectations, and maybe the geography of their hearts. This story proved it.