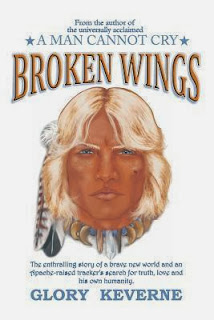 Twenty-seven year old Daniel 'Surefire' Lasky - August 1945: He had a tough life, apart from feeling guilty for knowing that his mom died giving birth to him. He always felt unworthy and condemned to carry his mother's maiden name as his middle name through life.

He needed to get away from the marriage-hungry nineteen-year old Miss Mitty, a tourist guide at the Grand Canyon, and Benjamin ' Burning Sky' Smith - also called Benjy or Sky- his longtime friend.

["As the crippled youngest of ten children, proving his manhood in a society which tended to mollycoddle the disabled, had been a constant struggle. Rejected by the army at the age of nineteen, he'd gone off to find toughness that would take him on. Pitting himself against ferocious felines in Africa was not be the same as walking unaided, but it sure gave him a great edge. And back home he'd force himself to excel at whatever he set his mind to. In the air, on horseback and in water, his lameness was less inhibiting, and he could manoeuvre a plane like some dog-fighting German ace, ride a horse like the old-time redskin warriors, and, with his fine upper-body physique, swim strongly. His Indian tracking, skilled markmanship and death-defying exploits made him a champion trick-shooter and America's most acclaimed rodeo stuntman."

He had a rootless life, following rodeos around the country in a horse-trailing truck, showing off his roping, telling hunting anecdotes, sing cowboy songs, do horse-riding stunts, show off his rifle, tomahawk and knife skills. He lived his young adult days refining his skills in gambling, girls, smoking loco-weed and cheap liquor, while acquiring his pilot license with the money he saved up. The hair-dangling eagle feather was his proudest possession. And a lion-claw necklace would be another trademark. An African-shaped birthmark had a place on his face. His horse is named Buckwheat and his swag-bag, a stuffed sock, full of money concludes his worldly possessions. He is also known as 'Manshadow'. He associated easier with the Indian culture becoming more Indian than the Indians themselves. He would therefor be regarded as the 'Indian-aping atheist' at the mission.

He received a letter from Doctor Jonas Burns Cadence of the Episcopal Church, offering him a proposition in Africa where Luce Lasky previously spent two years. They were to set off for Mamelodi (Holy Water) mission in Northern Rhodesia (Zambia) on the continent,known as 'The White Man's Grave'. Luce Lasky was asked to find the grave of Dr. Cadence's long lost twin brother, Josiah. He promised the censorius Dr. Cadence that he is compromised in certain activities, such as roller-skating and dancing the jitterbug, but he has the aptitude 'to think as clear, shoot as straight, and lay as many wimmen'as the rest of 'em!'

" Gold might be the god of some men, precious gems the treasure others hankered for, but for Daniel 'Surefire' Lasky, hunting African lions constituted the very elixir of life."

He already killed 49 and could not wait to deliver no. 50 to the taxidermist.

At twenty seven years of age, and coming from bad, sometimes cruel, experiences as a foster child in Christian care, he was disrespectful towards the Christian lifestyle of his African missionary family. His one-sided distaste and aversion of Christianity is evident in his scathing thoughts:

["Settling down, he started reading 'Worldwide Missionary Victories for God through the Ages'. Surefire was soon riveted by the cold cruelties and dishonourable dealings shamelessly confessed. It seemed that, after bludgeoning much of the world into compliance with its infamous medieval crusades, 'civilized' Christians had begun looking around for fresh fields to conquer. By this time, although no longer overly using swords or witch-burning to convert non-believers, their strategy was ultimately no less coercive and devastating."]

He rejected all forms of authority (which might be in stark contrast to real Indian teachings). He walked shirtless in Indian garb all over the mission station and beyond, probably to make a statement and uphold an image. Overcoming serious illness and injury by sheer strength of mind, justified his confidence in his own abilities. Absolutely nothing would keep him down, not while his will and wit were pitted against it. He was determined to solve the mystery of 'The Mountains of Tomorrow' which everybody, locals as well as missionaries and pilots, refused to investigate. He believed he could do it.

My opinion: A really relaxing, tension-builder which never falters throughout the book. Although the pace is not super fast, it is still constant enough to keep the reader interested in the story. There is enough adventure, social comments, humor and thought-provoking moments, even some really scary ones, that makes the narrative colorful and beautiful. It is Africa through another female eye, addressing a Wilbur Smith adventure with a touch of Indiana Jones thrown in. It also contains similar elements as Caleb's Crossing, written by Geraldine Brooks.

The detailed book is beautifully written, the characters human with a dollop of mysticism and fairy tale slightly mixed in. The descriptions in the book are well done. The inclusion of the fauna and flora, and very well executed, capture the spirit of magical Africa excellently. There were scenes in the book that had me looking for a safer place on my bed! Overall I enjoyed the book! I am sure it will delight many more fans of African books. It is definitely a good read. Great penmanship! The under-current of the book is gentle, kind, but also sparky and defiant. Humor lightens many moments and the issue of Christianity used as a tool, rather than a conviction/belief are illustrated very well. However, this journey will change his outlook on life and severely test everything he ever believed in...