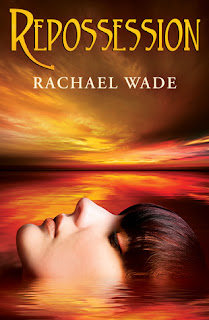 Skylla only knows that she has been kidnapped and held prisoner by the foreign invaders and their human allies. And that the world is ending. Or so the humans think. The invaders have made it clear that their arrival is one of hostile intent, and as their takeover spreads, so does the panic across the globe. No one knows how to defeat them, or if it’s even sane to try.

Jet, Skylla’s human captor, is up for the challenge, though. A traitor in Skylla’s eyes, he is working with them. But Jet has his own agenda; one that doesn’t include babysitting Skylla or helping the enemies. And as the human race struggles to keep the invaders from achieving their goal, Jet and Skylla’s paths collide to reveal the truth behind Skylla’s abduction.

The invaders are headed for the water. Jet is headed for the water. But that’s the last place Skylla wants to be. That’s where the future of humanity lies, and where the bridge to their yesterdays was burned. On a mission to take back what is rightfully theirs, Earth’s population is determined to make sure this isn’t the end. But some endings were never theirs to begin with.

For many writers, myself included, music plays a massive role in the writing process. I need music before and while I write. Music inspires all of my storytelling, so I always make a playlist for each of my books to share with readers. Here’s a list of the songs that inspired the first book in my New Adult science fiction series, The Keepers Trilogy. Happy listening!

Enter the giveaway using the form below to stand a chance of winning an e-copy (Kindle/epub format) of Repossession by Rachael Wade. The giveaway is open internationally and ends on 7 August 2013. Remember to read the terms and conditions at the bottom of the rafflecopter widget.