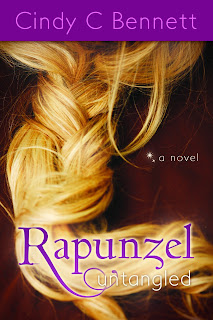 A Girl Trapped in a Mansion
A Mysterious Old Woman
The Boy Who Will Change Everything
Fab Fane Fannigan: Are you saying you live at GOTHEL MANSION???
RG: My mother calls it Gothel Manor, so maybe that’s different?
Fab Fane Flannigan: No, Rapunzel, there’s only one that I know of. It has to be the same. So you live in the tower?
RG: Uh, the tower? I don’t know. Is it a tower?
Fab Fane Flannigan: Yes, it is. I know where it is. Rapunzel, promise me one thing.
RG: Okay.
Fab Fane Flannigan: Don’t Google your house.
Rapunzel is not your average teenager. For one thing, she has a serious illness that keeps her inside the mysterious Gothel Mansion. And for another, her hair is 15 feet long. Not to mention that she’s also the key to ultimately saving the world from certain destruction.
But then she meets a boy named Fane, who changes all she has ever known, and she decides to risk everything familiar to find out who she really is.
Filled with romance, adventure, and mystery, Rapunzel Untangled is one story you won’t want to put down. Discover the true meaning of love and friendship in this modern twist to the classic fairytale.

Cindy Bennett’s Rapunzel Untangled is an electrifying modern-day fairytale with a macabre twist that will both thrill and chill readers of this genre. The author brings a unique edge to this tale by blending modern technology and social media with dark magic in a novel packed with intrigue, secrets, betrayal, suspense, self-discovery, and young love. What made this novel so out of the ordinary was the whole medieval-era-meets-twenty-first-century approach. I was intrigued from the very start by the direction in which the author took this well-known fable. At first I was fearful that it might be similar to the movie Tangled hence the similarity in the title, but once I finished the book I was relieved to note that this didn’t happen at all.

Although I could not identify with Rapunzel much, I found her character to be quite enchanting as she won me over within the first three chapters. Fane took some time getting used to, especially the way they met online, but I warmed-up to him a lot more once he and Rapunzel met face-to-face for the first time and his character traits and personality came more to the forefront. Rapunzel’s mother, Gothel, was a completely different story. There was nothing likeable about her, but because of her childhood experiences which warped her way of thinking, I did feel some sympathy towards her. Gothel’s ideas and motivation for the things she did and that which she believed in was certainly extreme, but not unrealistic. I felt the author used the dementia angle very cleverly for this character. Gothel’s outbursts and unpredictable behavior undoubtedly added to the darkness and tension in the story.

Rapunzel’s isolated existence was intriguing. Tagging along on her journey of discovering who she really is, while at the same time learning about the outside world and all the things we take for granted, was utterly fascinating. Exploring the mammoth mansion in which she was kept prisoner raised a ton of questions for which I needed immediate answers. Why were there scorch marks on the ceiling of the room two floors below Rapunzel’s living quarters? Why would there be stairs leading to nowhere and doors opening into walls? Why should Rapunzel not Google her house? Why does everything have to be in sixes? These questions and many more had me turning the pages in a curious frenzy.

The only negative for me in this book was Vedmak’s character. I think a little more time should’ve been spent on him, especially earlier on in the story, to give the reader more insight into his motivation and back-story. Other than that, this was a truly enjoyable read with an unpredictable plot loaded with twists, an underlying sense of doom and gloom, and two really fantastic main characters who held their own when the odds were stacked against them. The author doesn’t shy away from putting the protagonists through the wringer, to the point where you start thinking this is it, how much more can they take? For this alone she earns my utmost respect as I love when authors challenge their characters by placing them in dire situations and working the reader into a near panic as to how these characters will get out of their predicaments. I finished this book in one night, so I guess it’s needless to say that Rapunzel Untangled is an addictive read, as this speaks for itself.

Rapunzel Untangled by Cindy C. Bennett has 96 reviews on Goodreads. Read it here.

SO OUR NEXT-DOOR NEIGHBOR…

So our next door neighbor is OCD. Not just I-don’t-like-dirt-on-my-floors OCD, but more like dirt-on-my-floors-will-give-me-a-stroke OCD. It’s gotta be tough to be Dennis. And through the years, the better I’ve gotten to know Dennis the more convinced I am that his wife is an absolute saint (and one of the best cooks I know, though I digress).

When we moved into our last house our kids were little. We were building it at the same time they were building theirs. My husband came home with the pronouncement: “Our new neighbors are going to hate us.” When I asked why he told me that they were in their new construction cleaning the inside of their heat vents with Brasso. Oh great, neat freaks, is what we thought, dreading the idea of living next to them with our two rambunctious boys who were boys to the extreme—mud their apparel of choice; throwing rocks their activity of choice; balls, bikes, and just about anything else, especially if it could be used as some kind of weapon or projectile spread across the lawn like a yard sale being their mode of cleaning up. Following on their heels were two little girls who were still nice and clean—but that’s because they were two and newborn at the time.

Surprisingly, Dennis was very patient with our boys, fell in love with our girls, and we became very good friend with he and his wife, Debbie.

One day, Debbie called and asked me if I could go to her house and see if she left her purse home since she couldn’t find it and was quite a ways away. She begged me to not tell Dennis I’d been in the house because it was a complete “bomb”. I assured her I could keep the secret, and left my cluttered, kid-clothes-and-toys strewn house to enter the “bomb”. And what a mess it was. The cordless phone was sitting in the middle of the counter rather than in the cradle, and her bed was unmade. The sheets and blankets were pulled into place but her bedspread was neatly folded at the foot of her bed and looked better than my bed had looked in months. Otherwise, not a dust mote was to be found. Can you believe someone could live in such a pigpen?

When we moved into our new house, by pure luck they were also looking to move and ended up right across the street from us. Now we have a better view of Dennis’ . . . shall we say, peculiarities. He vacuums his front porch. Cement basement walls are washed with soap and water before anything is brought into the basement, and sheets are laid out before anything is brought into the house at all. They have a formal living room we have dubbed “The Celestial Room” because no one goes into or cleans that room other than Dennis. He once invited my husband in there when he was measuring a replacement window for them. Feeling unworthy, my husband declined and measured from the outside.

Dennis has quirks that are beyond my comprehension. If he wakes up hot in the night, he gets up, folds his pajamas nicely, places them in the drawer, then goes back to bed. Laundry must be done when it can be removed immediately from the washer to the dryer, then immediatelyfrom the dryer to drawers and closets. Otherwise they require rewashing. Shoes are left in the carpeted garage (I’m not kidding—it’s carpeted other than where they park their car). If it snows, cars are taken to the carwash whether it be in the middle of the night or Christmas eve (we’ve seen him there on both occasions) to be squirted off before pulled in the garage. Pantry and cabinets are organized by size with all labels facing forward. Dennis had to quit mowing his own grass because it took him so long to clean his mower after he finished (including washing out the bag) until it gleamed brighter than a new mower. Now it’s mowed while he’s at work so that he doesn’t know what exact pattern they used when mowing.

I will say that Dennis is aware of his OCD, and he never makes it an issue for anyone around him. He doesn’t make you feel uncomfortable in his home, and if he’s in my home, which hasn’t been entirely clean since the day we moved in, he would not only not say anything derogatory, he wouldn’t even think it. It doesn’t bother him if it’s not his. He’s got to be one of the nicest guys I know. He’d do anything for anyone. I don’t know how many times he’s shoveled our snow for us. He even came over one time to fix a little gouge in my wall where my son had tossed a piece of luggage down the stairs and you’d never know it was ever there.

Cindy C Bennett was born and raised in beautiful Salt Lake City, growing up in the shadows of the majestic Rocky Mountains. She and her husband - who happens to be her high-school sweetheart - raised two sons and two daughters. She's now blessed with two daughters-in-law as well. She developed a love of writing in high school when a teacher introduced her to the joys of escaping reality for ten minutes each day in writing.
When she's not writing, reading, or answering emails (notice there's no mention of cleaning, cooking, or anything remotely domestic), she can often be found riding her Harley through the beautiful canyons near her home. (Yes, she rides a Harley.)

Three lucky winners can each win an e-copy of Rapunzel Untangled by Cindy C. Bennett. Fill out the rafflecopter form HERE for a chance to win (Int)!

Thank you so much for the amazing review! And for letting me stop by and guest post on your blog. :o)

I REALLY want to read this book!! Kudos to Cindy for being friends with Dennis! I would be so worried that he was judging me and my not so clean house!