REVIEW: "THE LAST GREAT WIZARD OF YDEN" - by S.G. Rogers

“THE LAST GREAT WIZARD OF YDEN”
by S.G. Rogers

For his sixteenth birthday, all Jon wanted were the keys to the family car. Instead, he got a lousy magic ring…

Artistic prodigy Jon Hansen yearns to fit in, but when he stumbles onto a supernatural kidnapping, his life changes forever. Unfortunately, his search for answers uncovers a magical secret—one that makes Jon a danger to everyone around him.

The Wolf Clan wizard Efysian has been draining the magic from Yden. On a quest for eternal power, he’s willing to kill to feed his addiction. To harness the ultimate source of energy, he travels to Earth. This time, however, he has a persistent witness to his crime.

Can Jon survive long enough to outwit the most evil wizard the magical world has ever known? Or will Efysian add the young wizard to his gruesome collection of trophies?

This is really a fantastic book! The dogged persistence from a friend who insisted I had to read this novel, I kind of had my doubts because it seemed to me this was going to be another Harry Potter-like book, which I really wasn’t in the mood for. I reluctantly started reading it, and soon found myself lost in a gorgeous new world full of magic, wondrous beings and breathtaking landscapes.

I have to admit that early on in the book I was already smitten with the characters and deeply entangled in the imaginative storyline. I was constantly surprised by the author’s creativity and in awe of Yden and its inhabitants – good and bad. I was touched by the friendship formed between strangers and enemies and had a few good laughs at the banter between Jon and his ragtag group of friends.

Magic, dragons, mystical creatures, colorful backdrops and an evil black wolf whose name made me giggle every time I read it; it often reminded me of a movie I used to watch as a kid, titled ‘The Never-ending Story”. S.G. Rogers has expertly crafted an ingenious masterpiece which transports the reader away from reality into a world that will enrapture readers of all ages. Highly recommended!

The name of one of the characters in this awesome book. Loved it! :)
(Borrowed from I Love Books Facebook Page) 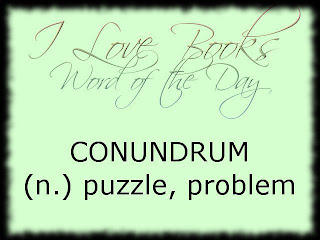 “The Last Great Wizard of Yden” by S.G. Rogers has 37 reviews on GoodReads. Read it here.

Thanks for the kind words, Angie. I'm so glad you agreed to read my book! - Suzanne